The Ombudsman for Children
in the Perm region

"All situations where children need help will be in the field of my professional work. Orphans, teenagers in a difficult life situation - no matter what the status, if it's a child, I have to hear it. This is the purpose of the ombudsman - helping to solve particular problems and see systemic problems"
Svetlana Anatolievna Denisova

Version for the visually impaired
RUS|ENG 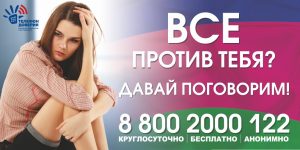